What to Do Even if the Live Broadcast of Your Product Launch Does Not Feature Mirror? 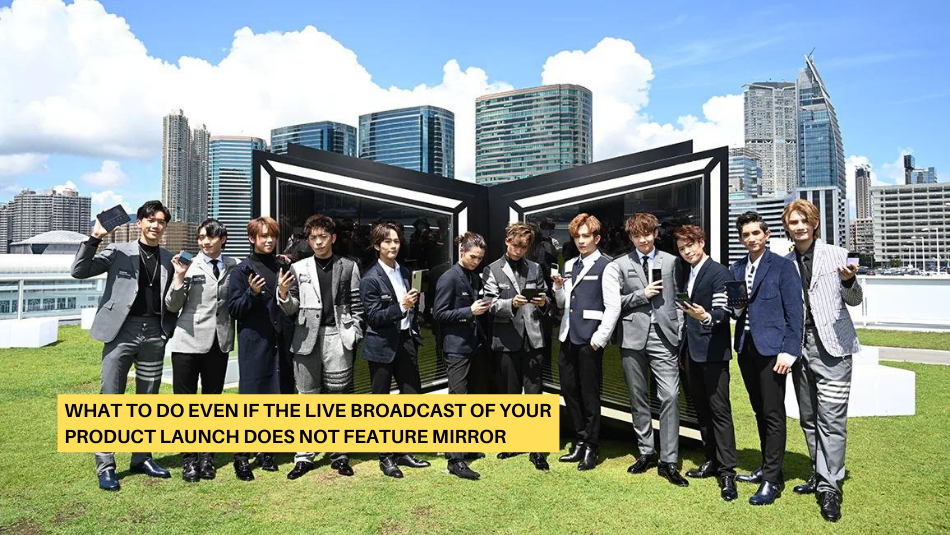 The boy band, Mirror, was invited to unveil Samsung’s new series of mobile phones at its latest press conference. Product launches of this nature are usually targeted at the media. But with such a strong line-up with Mirror, Samsung also arranged for the event to be on “Live Stream.” While such a live broadcast on the Internet would typically be watched by Samsung fans, the appearance of the city’s widely popular boy band certainly attracted the attention of many wives. With the goal of brand exposure achieved, it would also be fairly easy for the brand to reach its sales target. Even only one or two products endorsed by Mirror members have been well-received by the female market. The appeal of the entire Mirror members should be almost irresistible now. Men who really want to get their hands on these new mobile phones would probably have a far easier time obtaining the approval of their other half.

Live Streaming Can Also Be Done on LinkedIn

If your press conference does not have a celebrity spokesperson, is not as well-known as Apple or Samsung, or perhaps is more B2B-oriented, you will not be able to elicit such an enormous response, even if your brand’s product launch was broadcast live on social media. LinkedIn has always had a live broadcast feature. However, one needs to seek the relevant authorities’ approval and the functions are fairly limited.

Recently, LinkedIn’s live broadcast schedule and other activities have been enhanced. Advertisements can also be placed to distribute live broadcasts and event information to the target audience. I believe live streaming product launches and commercial activities on LinkedIn can create a significant impact. The potential of this platform needs to be further explored by marketers.

In the long run, if brands want to produce high-quality live broadcasts, they cannot stop at simply placing a camcorder on the scene. Having events live-streamed online has certainly widened a brand’s reach compared to on-site press conferences or launches at shopping malls in the past. Yet, now that the scope of coverage also reaches netizens, the interactive elements of the conference with an online audience should also be included in the design of the event.

If Mirror had interacted with netizens during the product launch that day, I’m certain it would have caused an incredible sensation on the Internet. This should be considered for future live events when malls invite celebrities to take part. While the mall would surely look forward to an audience being at the event itself, if the effects of having a celebrity through a live broadcast can reach more netizens, it becomes a great opportunity to reach potential customers, even if they are not physically present.

Keep in Mind How Rebroadcasts Are Designed

At a recent eCommerce corporate training session and digital marketing meeting, marketers have complained that the sales from live streaming programs are no longer as robust as before. Live broadcasts by some of Hong Kong’s largest online stores may not have necessarily gotten the results that were once expected. It is, in part, related to the mode of live broadcasts. Have you added interactive elements and truly provided customers with valuable content? Or do you simply treat live broadcasts as another means of hard-selling your products?

If you primarily rely on live broadcasts to distribute your products, then this medium would be akin to merely promoting direct sales from TV to the Internet. The impact of such a strategy would only diminish over time. Viewers already have certain expectations of TV programs, and their expectations for live broadcasts are steadily on the rise. But they are not easily hoodwinked. Besides, even if your live program offers valuable content, you should also consider how your rebroadcast is designed. Will it need editing or should it be broken up into segments? In most of Ming Pao’s live broadcasts, many viewers watch the rebroadcast for useful information. The key is to not simply focus on publicity, and forget the necessary follow-up when planning for live broadcasts.