Twitter Adds “Razorpay” as a Payment Gateway to Tip Jar India is the 3rd country with the most Twitter users. Around 17.5 million people are using Twitter in the said nation. But as its technology continues to accelerate, Twitter aims to reach more citizens out of its 1.4 billion population. There is a huge opportunity in India’s rising creator economy. Google launched a $10 billion digitalization fund in India. It is where Instagram first launched Reels. It is also where YouTube tested Shorts. Today, Twitter adds “Razorpay” as a payment gateway tip jar. 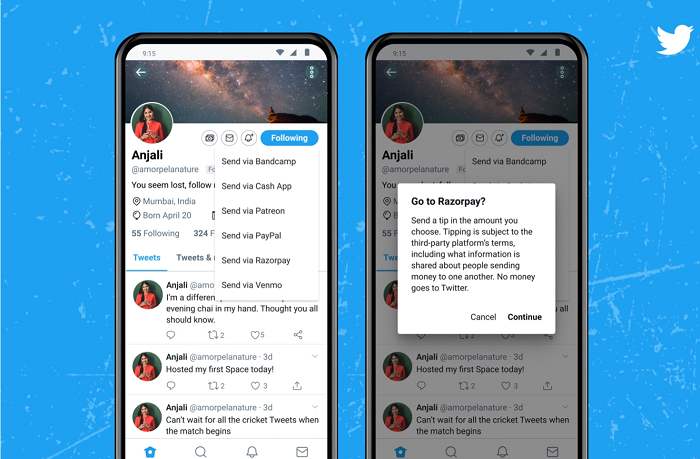 Razor pay is an automated payment system founded in 2013. It has now been serving 50,000,000 Indian businesses. By integrating Razorpay into its tip jar, Twitter aims to provide Indian citizens a safe and simple way to send money as their token of appreciation among creators. The test is now limited to selected community leaders, creators, journalists, and public figures. It also applies to both Twitter for Android and iOS.

The integration of Twitter’s tip jar and Razorpay makes it easier for Indians to pay directly on the platform. For marketers, this is something to look forward to as a global adoption. As such, it will be a significant option not only for tipping but also for shopping on Twitter.