The lines are hot on Facebook right now!  Facebook runs its first audio room live test with its executives. That’s what the platform initially conceptualized as a hotline. Last April, Facebook introduced a new social audio experience. This is to imitate the Clubhouse app that has recently been in the spotlight. Audio rooms were then integrated into Messenger and later as an Instagram audio tab. Last May, Facebook beta-tested audio rooms in Taiwan. After its success, Mark Zuckerberg runs a live test himself. 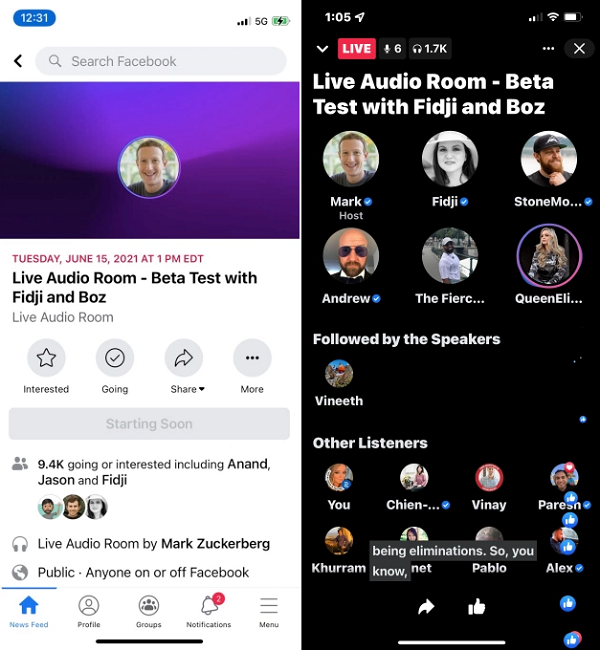 The live audio room which the Facebook CEO initiated is only available in the US via a Facebook event. This means users can register and mark a reminder to notify them as the audio room started. Some Facebook executives and gaming creators joined the conversation. Facebook’s audio room display is like that of a Clubhouse room or Twitter Space. Round bubbles are visible on the speaker’s profile showing on top of the audio room. This was followed by people who joined the live conversation. Facebook live reactions are also shown on the screen just like when somebody is doing live streaming.

Facebook runs its first audio room live test with its executives on 15 June 2020.

Audio rooms are a new form of innovation. It gives everyone a private space in a conversation. For marketers, an audio room can be an option to boost discovery on Facebook. The key is to find ways on how to present the right audio room to the right target audiences.